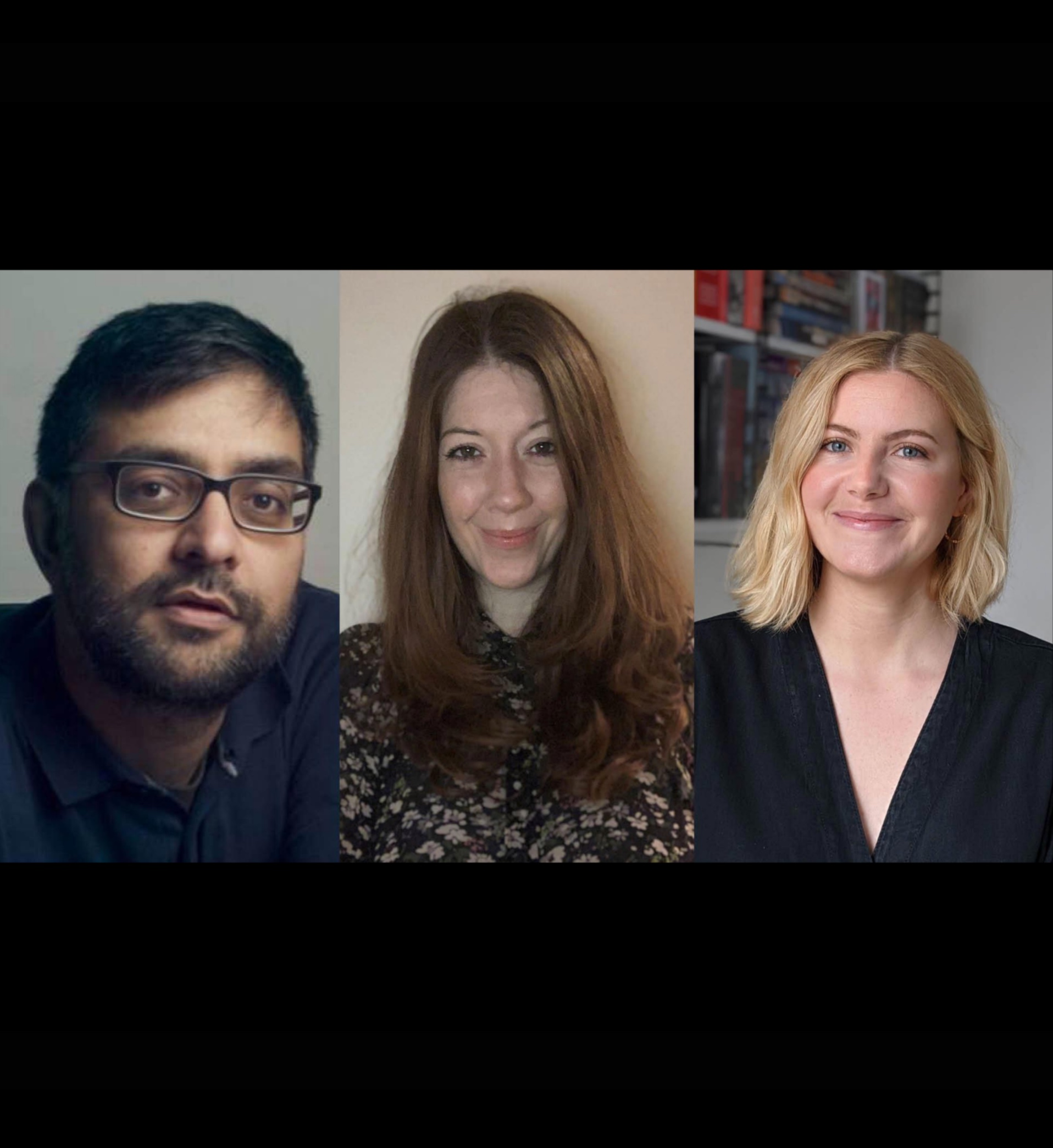 The team, which develops, commissions, and produces original scripted comedy for Sky, this week welcomes Adnan Ahmed and Katie Churchill as in-house Producers with Alex Moody set to join this summer as Commissioning Editor for indie-led projects.

Ahmed, who joins from BBC Studios, and Churchill, who joins from Tiger Aspect, are the first hires into Sky Studios’ growing in-house development and production team, led by BAFTA-winning writer and producer Anil Gupta, who joined Sky Studios as Creative Director for Comedy last October. The pair’s remit includes identifying new and established writing and performing talent and working with them to develop scripted comedy projects for Sky Studios.

Churchill’s credits from her time as a development producer at Tiger Aspect include Producing Simon Amstell: Set Free (Netflix), Lazy Susan (BBC2) and Jonny Sweet’s Le Maire (BBC Radio 2). She also was the Assistant Producer of Jack Whitehall: At Large (Netflix) and the first series of Travels With My Father (Netflix).

Alongside in-house development, Sky Studios is further boosting its indie commissioning team with the appointment of Alex Moody as Commissioning Editor, reporting to Director of Comedy, Jon Mountague.

Moody joins from the BBC where her commissions included Mackenzie Crook’s Worzel Gummidge, King Gary, Motherland, Mandy, There She Goes, The Other One, Cunk On Britain, The Young Offenders, and Frankie Boyle’s New World Order.

Moody, who joins in the summer, will work alongside fellow Commissioning Editor Tilusha Ghelani and Mountague to further boost Sky Studios’ growing slate of indie-produced Sky Original comedies, in line with Sky’s commitment to more than double its investment in original content by 2024.

Sky Studios remit is to source, develop and produce scripted Sky Originals for Sky’s platforms across Europe, with all projects for Sky UK jointly commissioned by Sky Studios and by Zai Bennett, Sky UK’s MD of Content.

2021 will see the return of several Sky Original comedies including Intelligence, Code 404, Frayed, Brassic and Breeders, as well as the launch of new Sky Original comedy Bloods starring Samson Kayo (Famalam, Truthseekers) and Jane Horrocks (Absolutely Fabulous, Little Voice). The series will build on the huge success of Roald & Beatrix: The Tale of the Curious Mouse, which became Sky’s biggest rated show of the Christmas period ever when it debuted last December and is nominated for Best Drama Series at this year’s Broadcasting Press Guild Awards.

Jon Mountague, Director of Comedy, Sky Studios, said: “Katie, Adnan and Alex are three of the best in the business. They all have brilliant track-records in delivering break-out comedy hits and will each bring their distinctive and diverse taste to Sky Original comedy as we expand both our indie-commissions and our in-house development slate.

“2020 was a vintage year for comedy at Sky with more viewers and critical acclaim than ever before both in the UK and around the world with our original series picked up by HBO Max, Peacock, Hulu, Stan and more. This year is set to be even bigger with more returning series and more new Sky Originals. There’s never been a better time to work in Comedy at Sky, not least because you don’t have to sit in the office with the Drama team.”

Adnan joins from BBC Studios where, as a producer, his work spanned TV, Radio and Podcasts. Credits include producing the UK’s first British Muslim sketch show Muzlamic (BBC3), as well as The Big Asian Stand Up (BBC2), the BBC New Comedy Award, and the hit podcast Inside, Inside No. 9. He also developed a number of shows for BBC Radio 4, including Felicity Ward – Appisodes, Darren Harriott: Black Label and Sarah Keyworth – Are you a boy or a girl? Prior to his move into tv production, he worked in live comedy production including establishing the Leicester Comedy Festival as a platform for new talent.

Katie Churchill joins Sky Studios from Tiger Aspect, where she Produced comedies such as Simon Amstell: Set Free (Netflix) and Lazy Susan (BBC2), and Assistant Produced Jack Whitehall: At Large (Netflix) and series 1 of Travels With My Father (Netflix). Before Tiger Aspect, she worked at CAA in the London Television Department and completed the Training Programme in LA. Alongside her career in TV, Katie co-founded multi-award-winning live comedy production company Berk’s Nest. The company’s shows have won the Edinburgh Comedy Award twice (Richard Gadd, 2016 and Rose Matafeo 2018), the Newcomer Award in 2019 (Catherine Cohen), and received numerous other nominations for Best Show (three-times with Kieran Hodgson), and Best Newcomer (Sophie Duker, Olga Koch, and Jayde Adams).